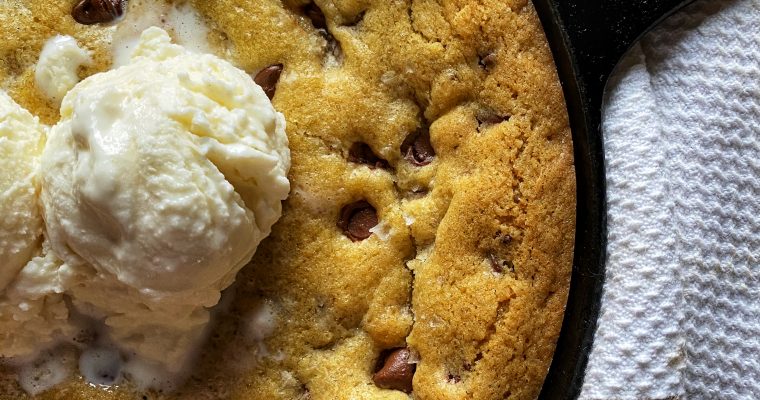 Today was a good day to bake cookies. Actually… to bake a giant cookie. Outside was overcast, it was my day off, and it was the comfort food pick-me-up that I sorely wanted. I felt like having cookies, but didn’t feel like going through the …

A “staple” of sorts that you’d find baking in many a Caribbean home is coconut bread a.k.a sweet bread. Not to be mistaken for any keto baked bread or meat dishes known as sweetbreads. This bread is chocked full of grated coconut and most times, … 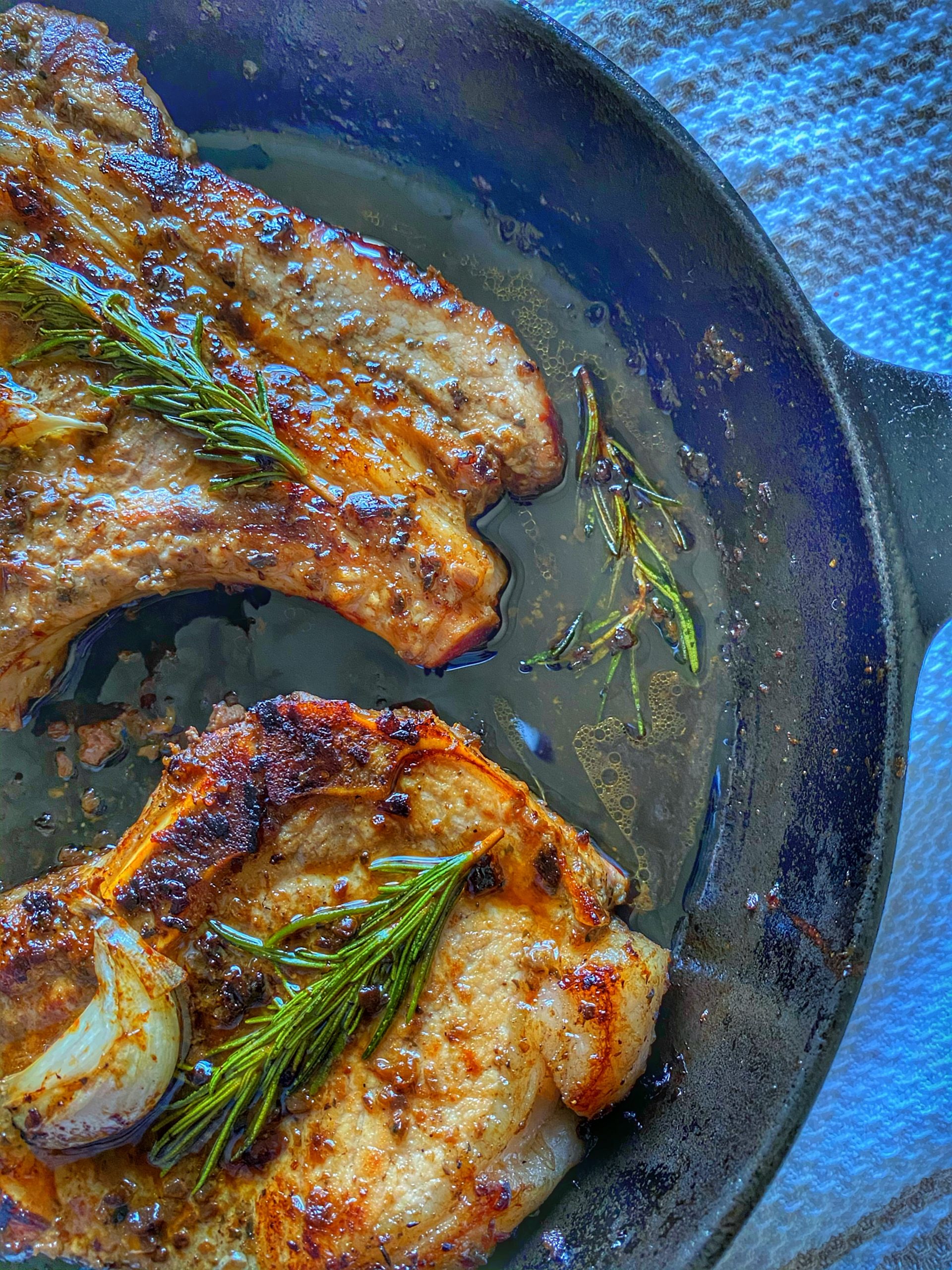 I have a quick pork chop recipe for you guys today! Pan fried pork chops. Big on flavour and little on time. My favourite kind of recipe to be honest!

So, let’s get started. I bought some local chops from the meat shop the other day and since I haven’t gotten a replacement for my oven (yet! I know!) and this would be absolutely terrible in the instant pot, I decided to fry these babies up.

I recommend using a green seasoning for this recipe. I bought a jar of my favourite one but you can absolutely make your own. Here’s a fly by recipe for a good green seasoning:

About 5 small yellow onions
About 5 stalks of chive
4 sprigs of thyme
4 sprigs of marjoram
2 cloves of garlic
1 habanero pepper (remove seeds if you prefer it without the heat!)
1/4 cup of vinegar
1 cup of water
1 tsp powdered clove
salt and pepper to taste

Directions:
In a food processor, thoroughly blend the first 6 ingredients to make a paste. Next, add the vinegar, water, powdered clove, salt and pepper and blend until desired consistency is reached.

Pour into a glass jar, along with any liquid and refrigerate.

You may be able to find the jarred kind in your supermarket if they carry a Caribbean section. But this will do in a pinch.

So, now that we have our seasoning, we can go ahead and make our pork chops! 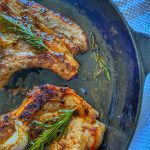 And there you have it. I don’t know if there is anything quite as delicious as a perfect pork chop. I think this one comes pretty close. 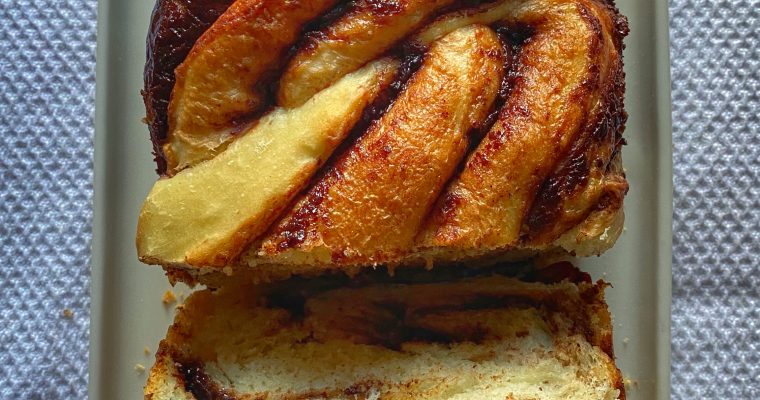 My no oven baking chronicles continues today, and I have a simple recipe for you all. All you need is some dough and Nutella (not a sponsored post). I had some dough in my freezer as my current no oven situations only allows me to … 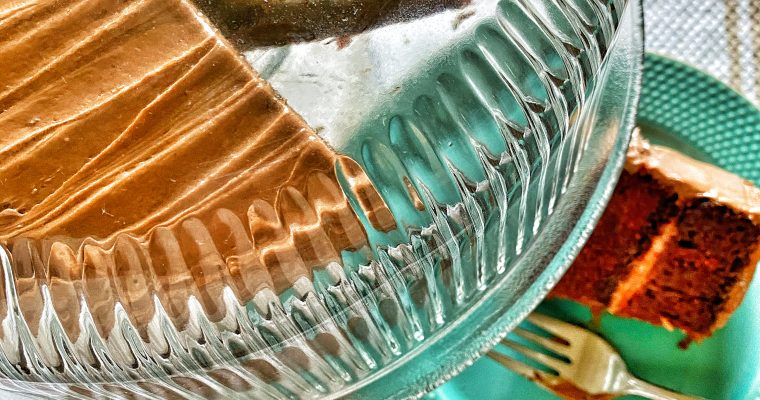 I miss baking, and with everything that’s going, I feel the absence of my oven more so than ever. Our country has extended the national shut down until May 3rd and I really am not optimistic that we will get the all clear or even … 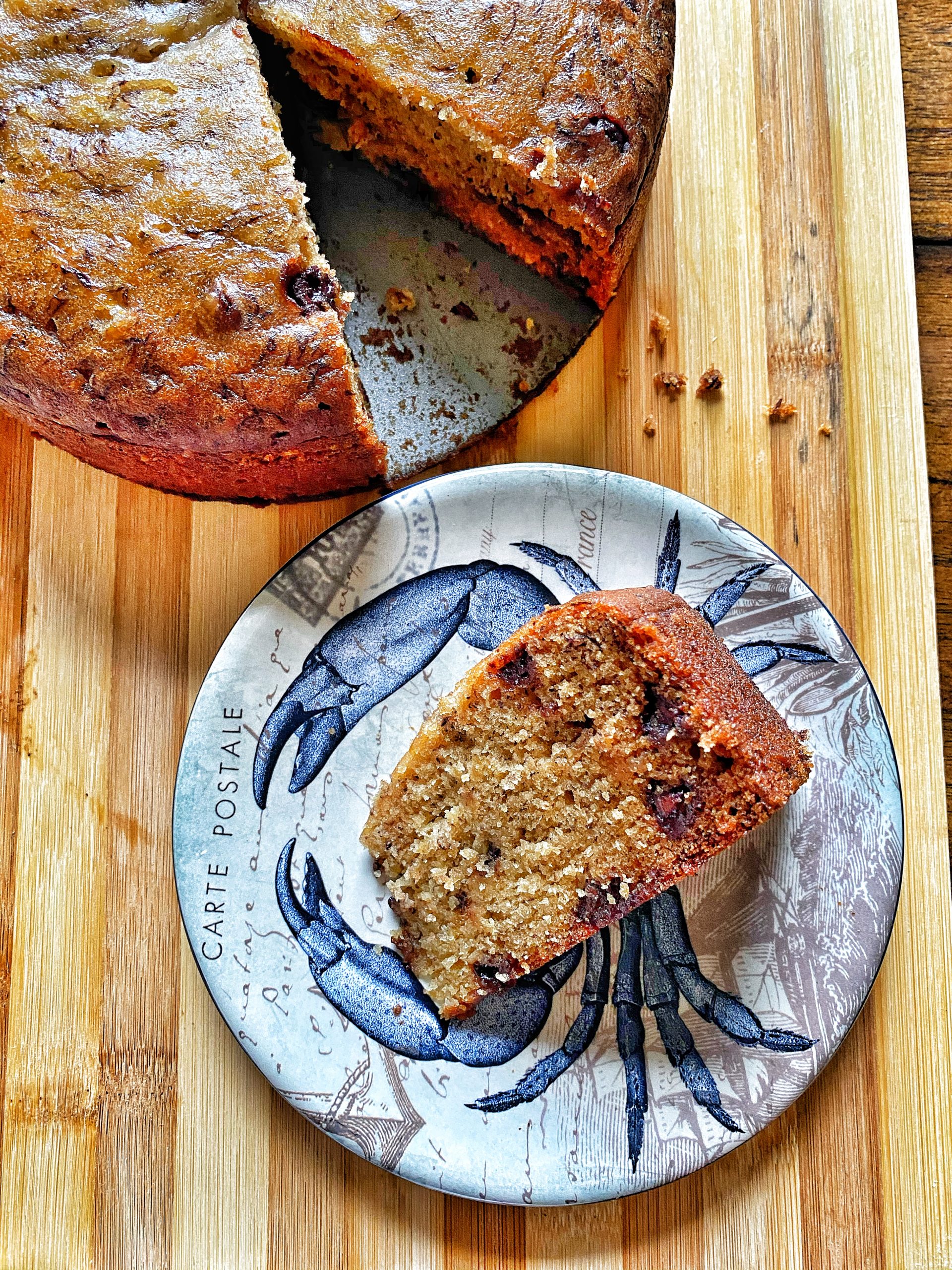 Banana bread is probably the one thing that is being baked by almost everyone right about now – and who can blame these bakers? It’s the perfect comfort food, not only to eat but to bake.

As you know from my last post, my oven foresaw the amount of baking I intended to do during this time and took the easy way out when we had that power surge. But, thank goodness for my trusty instant pot and people out there who’ve done the necessary experiments and have come up with reliable recipes that work every time.

Here are my efforts!

For complete instructions, here’s the link for the recipe I used. I didn’t use the nuts but chocolate chips instead. Who needs an oven?

Just kidding, I do! But this electric pressure cooker is filling the void quite nicely. 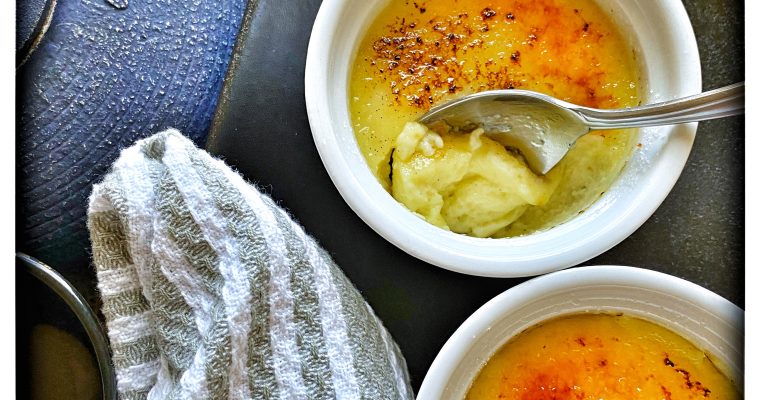 So, my oven kicked the bucket… helped along its way thanks to the utility company. One of the things I love to do is bake. It’s a wonderful outlet for creativity and stress relief and being indoors (I’m not complaining!) during this time would have … 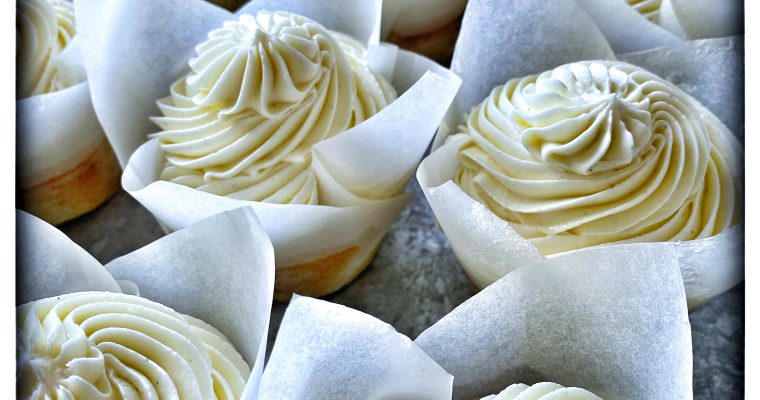 I love to bake and I love to cook. I find both activities very satisfying, especially when they turn out as expected, or better than. Like so many people around the world right now, we are restricting our outdoor activities and spending the majority of … 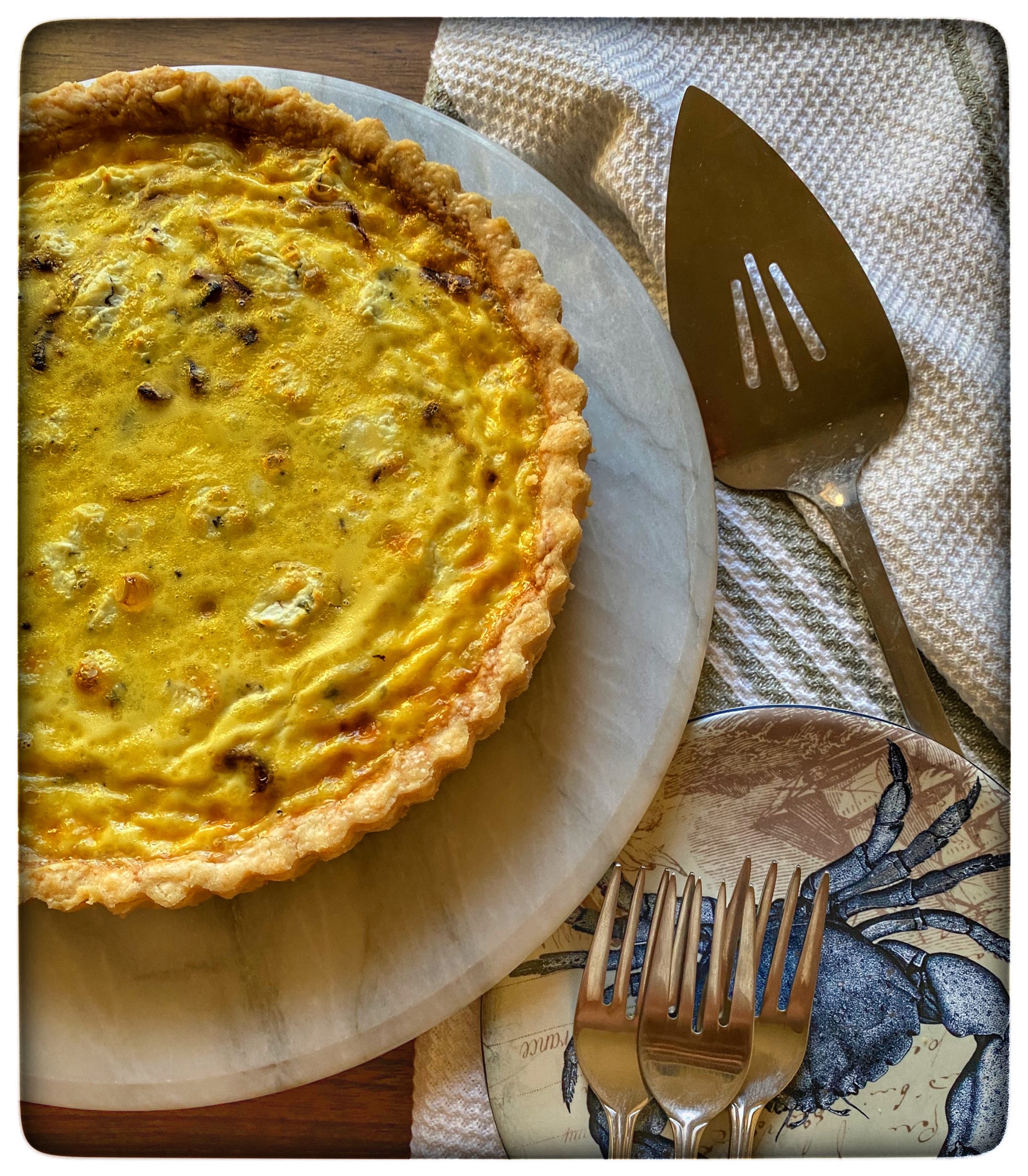 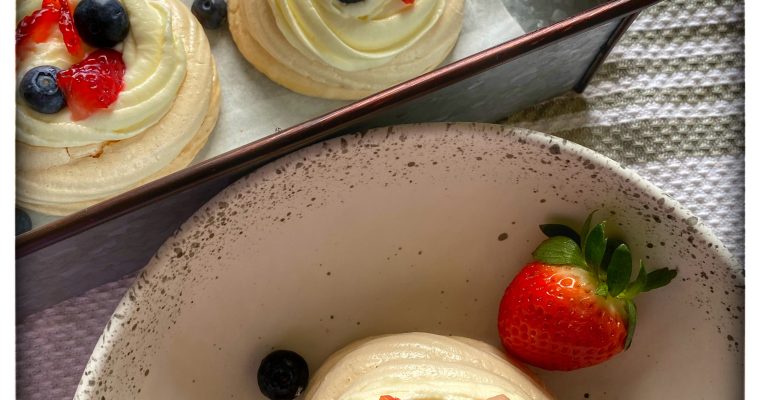 Pavlova, hands down, has to be one of the easiest desserts to make out there. Not to mention it is texturally delightful with its crunchy shell and chewy middle topped off with fluffy whipped cream and sweet berries. It does take a little time to …