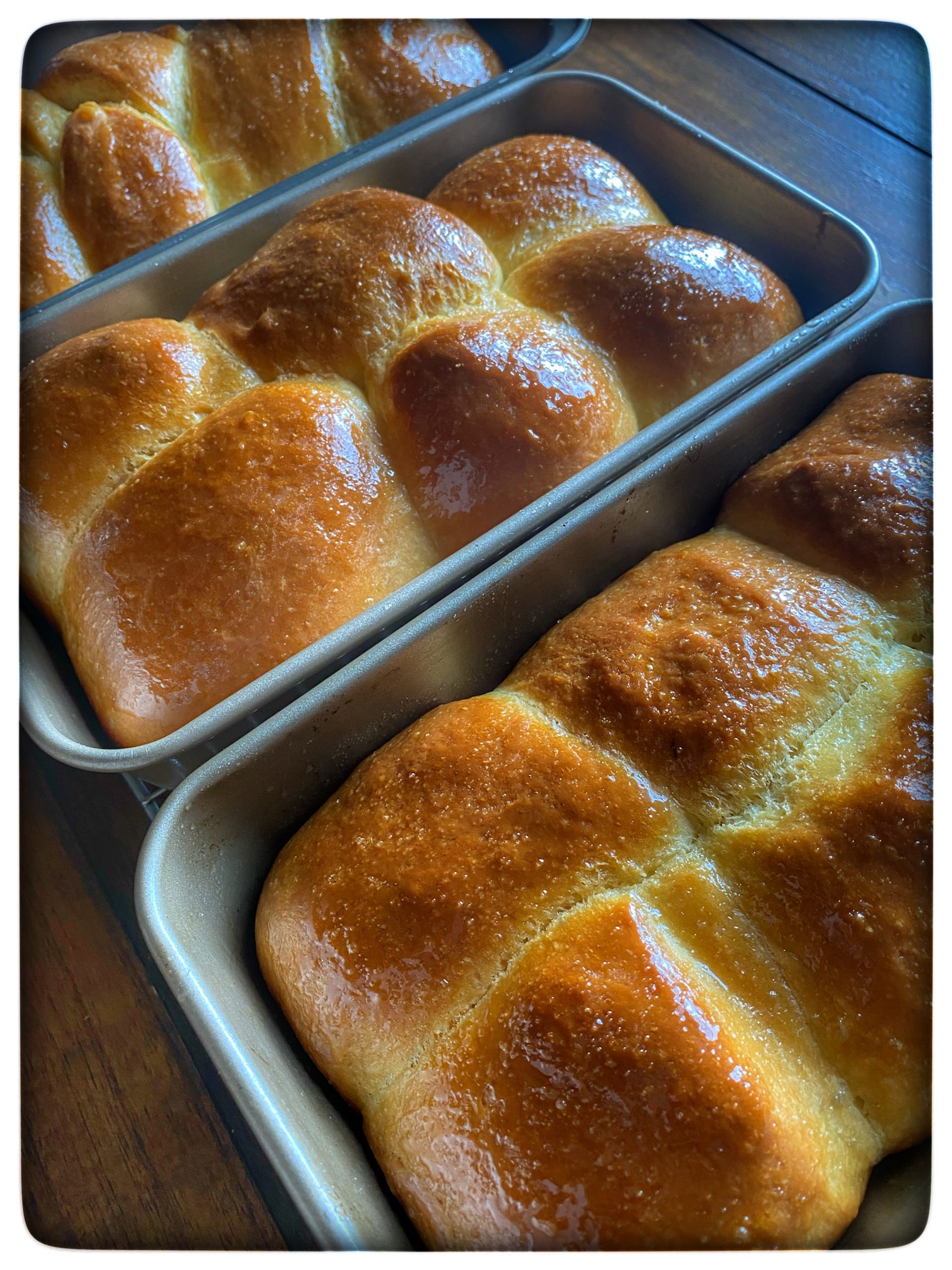 I love brioche bread. There’s something about the buttery deliciousness that makes it hard for me to resist. Here where we live, it’s not something that you see at all on the shelves in any of the supermarkets nor bakeries here and maybe that’s a good thing as I may be tempted to buy loaf after loaf after loaf.

Luckily, my family has an affinity for anything brioche and so I won’t be solely responsible for when it gets snarfed off in no time at all.

While searching the web for a good recipe, I found this one from fifteenspatulas and gave it a try. I’m happy to say it came out pretty good!

I adjusted it a little as I found that I needed to add maybe a 1/4 cup more flour than the recipe called for as the dough was incredibly soft – really, too soft for what dough should feel like based on my past experience baking bread. I believe it’s because it’s super hot here and the butter may have been too soft during the mixing process.

Anyways, all’s well that ends well! Here are some pics of the results.

Besides the extra cup of flour, I used almond milk instead of cow’s milk. I don’t recall the recipe saying to grease the pans but I greased mine, and I think that was it… This was an recipe included nan overnight refrigerated rise, but I’ve found a few others that skip this step. If it’s hot where you are then I suggest not skipping it.

This is really good on it’s own but I’m going to make some french toast out of it (see my earlier french toast recipe here) and if any of the loaves are left, perhaps a small bread pudding!

Have a great weekend!